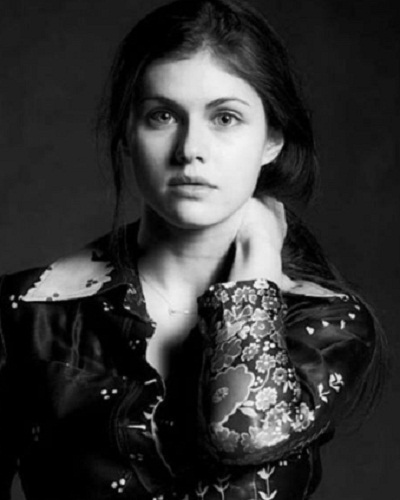 Alexandra Daddario was born in New York City, on March 16th, 1986 with the name Alexandra Anna Daddario. Yet, she uses Alexandra Daddario as her stage name. As American actress, she is best known for playing Summer Quinn in Baywatch and Annabeth Chase in Percy Jackson series. You must have those two movies if you are into this actress.

Moreover, Alexandra Daddario was born from parents who were a lawyer and a prosecutor. She is the first daughter and has two other siblings. Her brother is also an actor, namely Matthew Daddario. It can be assumed that her parents give freedom to them regarding the children’s dreams.

You must have known that she is very beautiful. Her beauty may come from her ancestors that come from Irish, Italian, English, Hungarian, and Slovak ancestry. Those might be one of the reasons why she is so gorgeous.

Daddario spent her childhood in Manhattan’s Upper East Side. She went into Bearley School and Professional Children’s School. When she reached age 11, she had a dream to be an actress. Therefore, she enrolled at Marymount Manhattan College and studied the Meisner acting technique.

Regarding her debut, she first appeared on All My Children, a daytime soap opera which was aired on ABC. Later in 2010, she got a major role as Annabeth Chase in Percy Jackson and the Olympians. Before played in that movie in 2010, she has starred five other movies. Additionally, she played in several titles from 2010 to 2018. Other two movies that she was in were San Andreas in 2015 and Baywatch in 2017.

She has a long list of TV series that she joined. As mentioned before, All My Children was her first series. She acted as Laurie Lewis and the series lasted from 2002 to 2003 for 43 episodes in total. There are still other 20 titles of series that she appeared in. Well, she is really productive, isn’t she? So far, she has been nominated in four awards for four different categories.

For personal life, she was ever reported to have a relationship with his co-star in Percy Jackson, Logan Lerman. But now, she closed to Zac Efron after they starred at Baywatch. If you are interested in following her on Instagram, she can be found by typing down her username, @alexandradaddario. You will know that it is real by looking at her followers which reach 8.7 million. She updates her activities on that platform and maybe you will get more information related to Alexandra Daddario Biography and filmography. (gk)