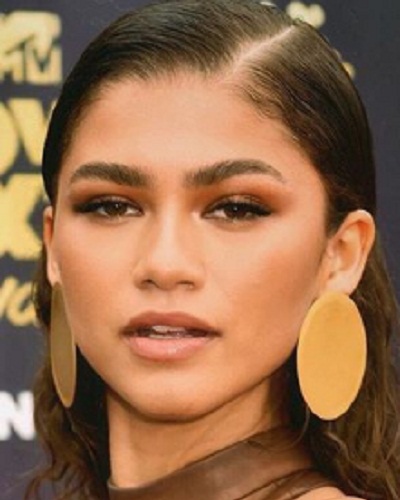 Zendaya Biography and Filmography, The Young Woman with Admirable Talents

You must have been living under a rock if you do not know Zendaya. The talented young actress is known to have starred in hit projects like Shake It Up, Spider-Man: Homecoming, and The Greatest Showman. Moreover, she also takes on singing and designing clothes. You will be fascinated to read the details of Zendaya biography and filmography. We will be discussing trivial notes such as Zendaya biography, Zendaya birth date, Zendaya Instagram’s username, and Zendaya partner. You will end up loving this inspiring girl even more after finishing this article.


Description of Zendaya Biography and Filmography

She was born in Oakland, California on 1 September 1996. Her full name is Zendaya Maree Stoermer Coleman but the girl is often called Daya by closest friends and family. From her father’s side, she is of African-American descent while her mother has Scottish and German blood. Zendaya’s mother used to work in-house management of a theater where she first studied acting at.

Her interest to perform on stage has been palpable since she was young. She attended Oakland School for the Arts and then at American Conservatory Theater. During her time in those places, she joined various theater productions. She took roles in Shakespearean plays and contemporary ones. She also loves dancing and participated in a dancing group named Future Shock Oakland for about three years. This group challenged many dance genres including hip-hop.

Zendaya’s screen acting debut happened in 2010 when she was cast as Rocky Blue in Disney Channel hit series, Shake It Up. She showed a memorable performance that landed her even more projects in the next years to come. She starred in pranksters and K.C. Undercover. The actress further established her name in the industry of movies since she participated in Spiderman: Homecoming, taking the role of MJ. She also joined the all-star movie, The Greatest Showman.

It seems like acting in movies and television series is not the only thing she is passionate about. She released a full album titled Zendaya in 2013. The album peaked at 51 on US Chart. She also released several singles, including Rewrite the Stars which is a soundtrack of her movie. She has also taken interest in fashion design. In 2016, the actress introduced a clothing line which she named Daya by Zendaya. It was well received by the public. She followed the success with a shoe line.

Zendaya is not open about her romantic relationship to the public. However, she was rumored to have dated an old friend named Trevor Jackson. Their relationship lasted for four years. She was linked with several actors including Tom Holland. Zendaya practices vegetarianism in her diet. She often promotes children welfare campaign for unfortunate children in war and famine.

This singer-actress is certainly an interesting figure to discuss. Besides blessed with a bubbly personality, her talent and hard work are also admirable. You can get the most up-to-date news of Zendaya biography and filmography by checking her Instagram account, @zendaya. She regularly graces her fans with the latest pictures. (gk)