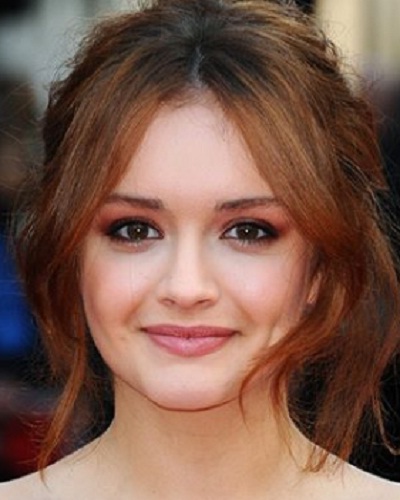 Get a Sight of Olivia Cooke Biography and Filmography

Olivia Cooke Biography and filmography is interesting to discuss. She is still young and very fresh. She just stepped her feet on the entertainment industry, but her career seems promising. She is good at acting and willing to learn to be better. Her career is still a long way to go, but she had tried to be productive. There are many people who love her acting and want to see her talent more. In order to give a sight of her, let’s get to know more about Olivia Cooke biography, Olivia Cooke birthdate, Olivia Cooke Instagram account and her personal life.


Take a Glimpse on Olivia Cooke Biography and Filmography

Olivia Kate Cooke was born as a British. She was born on December 27th, 1993 in Greater Manchester, England. Indeed, she is a British, but she currently lives in the United States. In fact, her parents divorced when she was a kid. Later, she and her sister lived with her mother. In her childhood, she went to Royton and Crompton Secondary School. Later on, she continued her study an Oldham Sixth Form College and took drama in the college.

You have known a lot regarding her early life. For your information, she is more interested in gymnastics and ballet when she was at her young age. She fell in love with drama when she was only 8 years old. Because of her love, she joined an after-school drama program in her hometown area. In her journey in that program, she only secured a part in the ensemble. She finally had a role as Maria in her college production of West Side Story. For your information, she had signed with a talent agent that brought her to be in a number of commercials.

Furthermore, in 2012, she made an appearance in “Autumn Term” tour video owned by One Direction. You must have known this group vocal as their name was so famous that year. Well, Cooke was happy for that chance. In the video, Harry Styles gave her a piggyback. In order to secure her role, she performed a split in front of the producers.

From 2014 up to this year, she has already starred 10 movie titles. It is such a big number since it means that she has played 10 titles in four years. Yes, we can say that she is truly amazing. To add her list of movies, she also acted on TV series. Her acting in Bates Motel as Emma Decody was praised by many people. Other movies that she starred in were Ready Player one in 2018, The Limehouse Golem in 2018, and Ouija in 2014. There were still many of them. Because of her talent as an actress, she was nominated in several awards and even won some of them.

As a public figure, she also has an Instagram account with 23.1k followers. This platform is used to communicate to her fans and also to share her life. Unfortunately, she does not give any clue about her latest partner. If you wish to know more about Olivia Cooke biography and filmography, you better check her account @olivia_cookee. (gk)