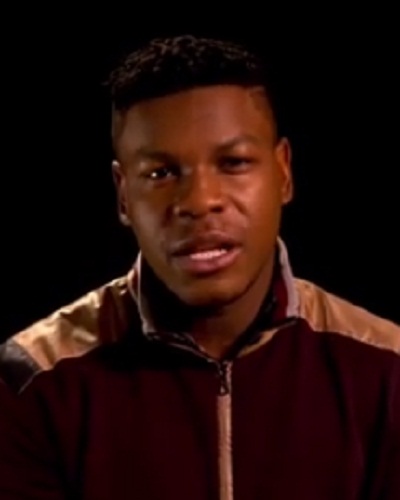 John Boyega Biography and Filmography, Get to Know Finn Actor in the Real Life

Those ever watched Star Wars: The Force Awakens and its sequel, The Last Jedi must be familiar with John Boyega. Playing a role as Finn, the 26-year old English actor successfully carved his name into one of the popular actors from England. His performance is stunning, not only in Star Wars sequel but also other films. John Boyega biography and filmography reveals the biography of John Boyega, John Boyega birthdate, John Boyega Instagram account and his personal life.

John Adedayo B. Adegboyefa was born on March 17, 1992, in Peckham. He is the son to Abigail, a British Nigerian and Samsong Adegboya who is known as a Pentecostal minister. Boyega got his acting skill from primary school. Attending Oliver Goldsmith Primary, this actor’s first role was being a leopard in the school play. From the school play, an artistic director Teresa Early noticed his talent and assisted Boyega to get the fund to join theatre.

In the theatre, John Boyega spent his time after school. Even though Boyega’s father wanted him to be a preacher, he was supportive enough to Boyega’s theatrical interest. Graduating from primary school, Boyega then attended Westminster City School then continued his study at South Thames College. He also enrolled at the University of Greenwich even though he dropped out due to his career.

Prior to playing a role in Attack the Block (2011), Boyega joined the acting school in Hackney. In the same year, HBO announced that this English actor was going to cast Da Brik drama pilot written by John Ridley. In 2011 he was chosen as one among UK Stars of Tomorrow. He then appeared on the magazine’s front cover.

His career was getting higher as he was announced to play in Star Wars: The Force Awakens (2015). Getting a lead character as Finn, Boyega’s performance got positive reviews from audience and critics. In 2017, Boyega played in Detroit and also Star Wars: The Last Jedi as the same character, Finn.

Moreover, the skillful actor was noted to form a production company of his own. The company named Upperroom Entertainment Limited was established in January 2016. In this year, his company co-produced a sequel of Pacific Rim with Legendary Entertainment. Not only producing the movie, Boyega also stars it.

Well, do you wish to know more about his personal life? Even though there is no additional information about Boyega’s personal life, you can always find out what he has been doing through social media account. One that you can follow is Boyega’s Instagram @johnboyega. Having a verified sign, this official account will help keep you closer to the actor.

Having more than 1 M of followers, John Boyega seems reluctant to share many things of his life with followers. No matter how you can always keep an eye on his account while waiting for Boyega’s new work on Star Wars film to be released next year. This is all you need to know from John Boyega biography and filmography. (gk)