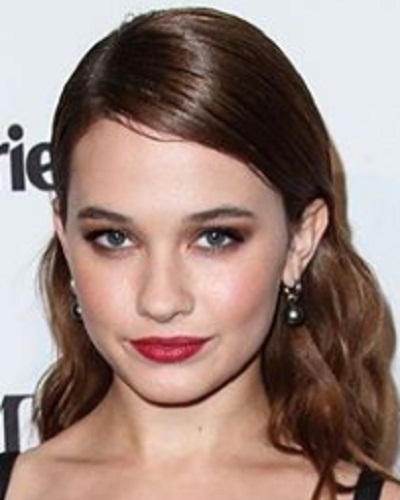 Every year, many promising young actors make debuts in Hollywood. They are armed with great flairs to ensure their survival in this tough industry. Cailee Spaeny is one of the young actors you should watch out in the near future. She starts taking on big projects and gaining recognition among critics and moviegoers. If you are curious to learn about Cailee Spaeny biography and filmography, this is the perfect place.

Cailee Spaeny was born in Springfield, Missouri on July 24, 1997. She spent the entirety of her childhood in that city. Spaeny is a daughter of nine sibling’s family. Her family is devoted to Christian. She regularly attended church throughout her childhood. Her love of performing was born due to her activities at church.

She started as a singer in her local church and also joined a rock band. This actress attended Springfield Little Theater. During her time there, she participated in numerous productions. Since she wanted to expand her outreach to acting, her family accommodates her very well. Spaeny will be driven by her mother to go to Los Angeles every summer. In Los Angeles, she joined auditions for various theater roles. She failed many times but it does not deter her from trying again.

Spaeny makes her on-screen acting debut in 2016 in a short movie project, Counting to 1000. She gained public recognition after joining the cast for Pacific Rim Uprising. She got a pivotal role in the movie and her performance had been given a nod by the audience. Spaeny then starred in a thriller movie, Bad Times and the El Royale, and a biographical drama movie called On the Basis of Sex. She got the chance to work with infamous people like John Boyega and Felicity Jones.

Due to her music background, it is no wonder that Spaeny would want to try her fortune in singing. She released a single titled Fallin in iTunes in 2016. The actress gained a moderate success through her single release. She does not only release her own song. Spaeny at times covers songs from other singers in YouTube. She had performed Somewhere Over the Rainbow and Beautiful.

Spaeny is not very vocal about her romantic life. However, she had disclosed in interviews that she is currently in a relationship. It seems like her boyfriend is not a part of showbiz. She made friends with people who work in the movies. Spaeny said that she had received much advice about a career from fellow co-stars like Felicity Jones and John Boyega.

If you want to get the latest updates of Cailee Spaeny biography and filmography, just head out to her Instagram page, @caileespaeny. She often uploads her latest pictures related to daily life, movie, and music projects. (gk)