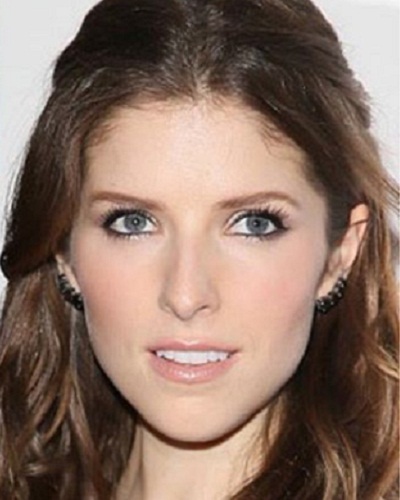 Knowing the Fact of Anna Kendrick Biography and Filmography

Everybody knows Anna Kendrick. The gorgeous actress has a long list of movies and TV shows to mention. Anna Kendrick is an American actress and singer who began her career since childhood. The public figure whose name was rocketing for her role in The Twilight Saga seems to have natural talent in entertainment. Check out Anna Kendrick biography and filmography to know more about her. It will describe more about Anna Kendrick’s biography, Anna Kendrick birthdate, Anna Kendrick Instagram account and her love life. Do not miss it if you are a big fan of this beautiful, talented actress.

Anna Cooke Kendrick was born on August 9, 1985, in Portland, Maine, US. Her parents are Janice who is an accountant and William Kendrick who is a teacher. The Oscar-nominated actress becomes a sibling to Michael Cooke Kendrick, who is also an American actor.

Before joining entertainment business, Kendrick attended Deering High School. This actress began her debut in 1998 when she played a role in High Society which was known as Broadway musical. She did a great job that led her to Theater World Award. She was also nominated for Tony Awards.

Her film debut began when she decided to join a film entitled Camp. She then got another nomination for Independent Spirit Award. However, the public did not really notice her name until she played a supporting role in The Twilight Saga (2008-2011) as Jennifer Stanley, Isabella Swan’s friend. The film based on Stephani Meyer’s novel was booming, which also affected her career. In 2009, Anna Kendrick also joined a film production Up in the Air as Natalie Keener.

Moreover, another Kendrick’s successful film was Pitch Perfect (2012), a film based on a non-fiction book with the same name. Playing a leading role named Beca Mitchell, her name was getting more and more popular. The film gained positive response and review from critics. Her performance was stunning and successfully made people emotional when watching the movie. Pitch Perfect 3 was just released in 2017 with the same response from the public.

This year, Anna Kendrick is working some movies, including A Simple Favor, Noelle, and Trolls World Tour. Each of them is in the post-production process, so you just need to wait for a moment before watching her performance in new films.

Apart from her successful career, it is also interesting to talk about Kendrick’s love life. Kendrick was noted to begin a relationship with Edgar Wright in 2009. It happened after their meeting on Scott Pilgrim vs The World set. In 2014, Anna Kendrick has been daring Ben Richardson, a cinematographer. Both of them met each other during Drinking Buddies filming process.

Do you want to get some clues about Anna Kendrick’s life? Follow her Instagram account @annakendrick47. This official account lets you know any of her activities. With her last post, you can satisfy your curiosity about this splendid American actress. Well, from Anna Kendrick biography and filmography, do you think she is a high-quality actress? (gk)
Read Also