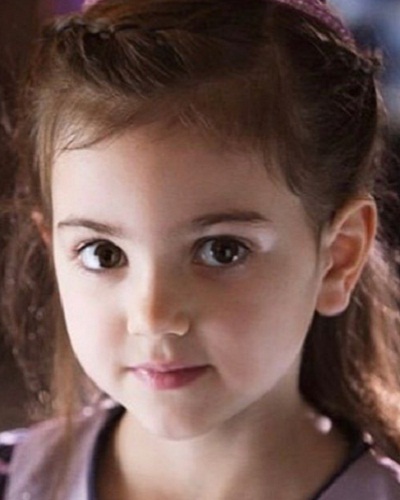 Abby Ryder Fortson was born on 14th March of 2008 in one city of California, Burbank. Her parents were both actor and actress. Being born into a family full of artist, it comes common for the child to take their parents’ talented blood. Yes, with a talent in her body, Abby Ryder Fortson started her acting career in early age. It was started with a minor character in American rom-com series released in 2013. She was assigned the role of Clementine which only appeared in the first episode of the series.

A year later, Transparent was aired and this is just the first step of her being recognized as a child actress. With the relatively big amount of appearance as Ella Novak, Abby was well-known for her role in the television series. Not only that, in the same year, she also made her debut on the big-screen movie, Playing It Cool. The role was not very significant, but it brings her to a new experience.

After Transparent, another opportunity came to her in the form of a television series entitled The Whispers. The series’ genre was sci-fi, thriller, and drama. She played as Harper Well, one of the players of Drill’s sick game. With a total of six episodes, Abby definitely left the audience impressed by her skill. This is also when she began to pick up a notable role in a big-screen movie.

She played the role of Cassie Lang, the little daughter of Scott Lang the Ant-Man. With Ant-Man being one of the superhero movies produced by the gigantic Marvel Studios, it is not that difficult for Abby to gain recognition from the massive audience. With a reasonable amount of appearance, her face is remembered as the Ant-Mant’s daughter.

Her success doesn’t end there. After those projects, she continued to receive more roles to be assigned. From television series to a couple of opportunities in big-screen, everything went smoothly. This steady career just shows how promising Abby would be once she got older and more experienced.

This has been Abby Ryder Fortson biography and filmography. As there is no other detail about her personal life, you can directly check out her Instagram account @abbyryderfortson. Sometimes, she would update some photos of her activities. The account is strictly monitored by her parents, so don’t ever wish for funny stuff like boyfriend or such in her Instagram. (gk)