Will Poulter - Biography and Facts 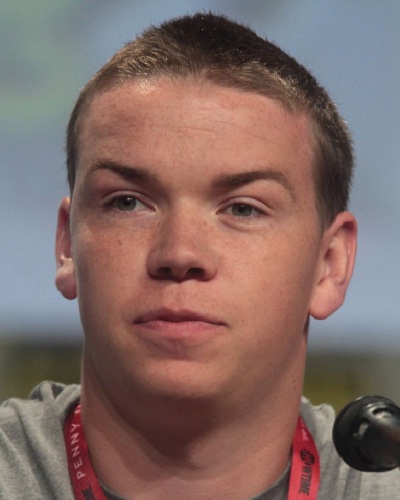 Things to Know about Will Poulter Biography and Filmography

If you ever watched The Chronicles of Narnia, you can identify Will Poulter easily. The character that played a role as Eustace—the grouchy boy who did not really like his cousins—transforms into a real man now. The little kid played really well in the movie, making his name was rocketing since then. Will Poulter is now known as English actor with a long list of achievement. In this Will Poulter biography and filmography, some information will be revealed including the birthdate, Instagram account and other information related to the actor.


Summarized Will Poulter Biography and Filmography

Willian Jack Poulter was born on 28th January 1993 to Caroline Poulter and Neil Poulter. Being a son of nurse and professor of cardiology, Poulter seems not really interested to join the path of his parents in a health field. William Poulter has his own way to entertainment, and he has talent on it. Poulter went to Harrodian School where he joined drama. There, his acting talent was improved.

Will Poulter biography and filmography tell about his long journey to build his career. Poulter initiated his career by joining acting roles until he got the role of Lee Carter in Son of Rainnbow (2007). Gaining positive review, he then joined another best-selling movie The Chronicles of Narnia (2010). Playing a role as a grouchy boy, in fact, public appreciated his performance very well. In the same year, Poulter appeared in the supernatural thriller in BBC Three, The Fades.

His career became a lot better after his appearance in We’re the Millers in 2013. This film was starring Jason Sudeikis and Jennifer Aniston. The following years, William Poulter has some other movies to star including Plastic (2014), The Revenant (2015), Detroit (2017, and Maze Runner (2018). The young talented actor is also working on his new film, Midsummer that will be released in 2019.

Starring not only movies but also TV films, Will Poulter got many awards and nominations. In 2008 for Son of Rainbow, Poulter was nominated for British Independent Film Awards. The following year, he was nominated for Young Artist Award from the same movie. From Narnia, Will Poulter got three nominations from Young Artist Award, Academy of Science Fiction, and London Film Critics’ Circle.

Fortune got him on 2014 as he won the award from MTV Movie Award for his performance in We’re the Millers. He won two categories at once, which are Breakthrough Performance and Best Kiss. In 2015, he was nominated for MTV Movie Awards for his appearance in The Maze Runner and he won.

Do you think Will Poulter is a talented and charming actor?

If you wish to know more about this celebrity, you can follow his Instagram account @willpoulter. Having more than 250K followers, unfortunately, he does not give too many feeds for his followers. The last picture was posted about 2 months ago. Apart from his silent Instagram account, you can wait for his new movie next year. Will Poulter biography and filmography get you closer to this charming actor. (gk)