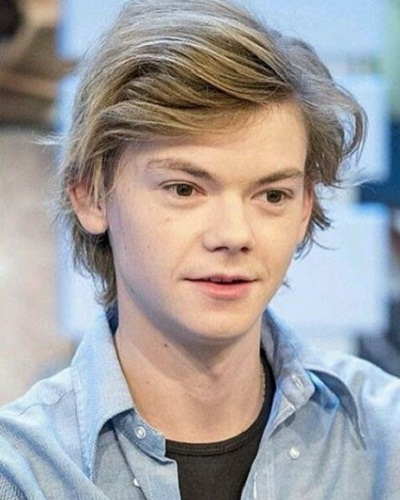 Thomas Brodie-Sangster, a baby-faced British actor who is hard to be forgotten. Well, this young man is mostly noted his face as he looks so young for someone who passed the quarter-life crisis. However, he has his own story of career. Here is a whole background story of his life along with Thomas Brodie-Sangster Biography and Filmography.

In line with the previous paragraph, Brodie-Sangster initially started his career in the entertainment industry relatively early. He was only 11 when he received his very first role. It was for BBC television movie entitled Station Jim. Obviously, he did a good job with his first role seeing how the lead roles coming after him after the Station Jim.

A couple of other roles fill in Thomas Brodie-Sangster Biography and Filmography before he landed into a major role. It was in 2003 when he was 13. If you know that Christmas-themed romantic-comedy movie released fifteen years ago ‘Love Actually’, then you should know which role was played by him. Together with Liam Neeson and Hugh Grant, he successfully snatched the audiences’ heart in portraying an orphan kid.

Two years later, he met Emma Thompson in another project after working with her in Love Actually. The movie is Nanny McPhee and it also receives good responses from the audience. Like a versatile actor he is, he eventually got to play in movies like Tristan and Isolde where his sword skill is needed. This is only the beginning because he got another role in an action movie one year later.

At the same year, opportunities of appearing in the small screen of TV series flooded their way to him; from appearing in Doctor Who to voicing Ferb in the Phineas and Ferb. He does it all and it was like Brodie-Sangster is meant to do this path of career. More and more projects coming to his way, every year he got another project to work on until one of his biggest achievement happened: the trilogy movies of The Maze Runner. Clearly, it would be a lie if TMR is not counted as one major factor of people recognizing this young man.

As for personal life, just like how steady Thomas Brodie-Sangster Biography and Filmography is, his love life doesn’t stray too far from it. He only got two pasts so far and they were all some steady relationships. While the first relationship happened in 2008 for a year, the second one happened in 2012 and last until this year. It looks like no matter how steady it seems if it doesn’t work out then it doesn’t. Also, he doesn’t have an Instagram account, but his other social media account is open for a shout out.(gk)