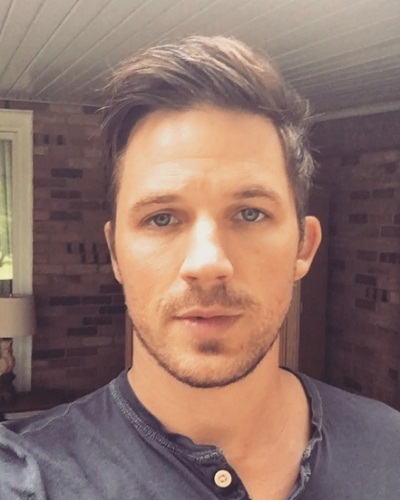 Being a model, actor, and voice actor is not an easy job. Not only do we have to maintain our appearance to remain satisfying, but sound performance is also the main thing. Even so, Matt Lanter managed to master these three fields well. As a teenage icon, Matt Lanter biography and filmography is a manifestation of success. Besides his biography, this article will also explain in detail about his date of birth, social media accounts, even his current partners.


The Origin of Matt Lanter Biography and Filmography

Matthew MacKendree Lanter or commonly known as Matt Lanter is a model and actor born on April 1, 1983, in Ohio, USA. When he entered the age of 8, Matt Lanter finally moved to the state of Georgia where he lived until he studied at the University of Georgia. To pay for college, Lanter finally worked on a golf course, which was his first opportunity to become an actor.

On the golf course, there was a movie being filmed titled Bobby Jones: Stroke of Genius. In the film, he finally auditioned as extra. Even with a small role, he finally knows that he has a passion for acting. He continued his acting career by starring in a reality show called Manhunt: The Search for America's Most Gorgeous Male Model. Although he didn’t win the competition, all eyes were finally fixed on this young person. As a result of the competition, many role offers came to him, ranging from Point Pleasant from Fox, Big Love and Heroes, and also Gray's Anatomy.

After starring in various serious-pitched films, Matt Lanter finally found his passion in comedic film. This is proven by his acting in Disaster Movie in 2008 along with Carmen Electra and Kim Kardashian. Even though it requires a large budget with a well-known range of actors and actresses, the Disaster Movie is a failure. But those flops didn't destroy Matt Lanter biography and filmography. The next few years, he returned as the main character in Vampires Suck.

The following year, Matt Lanter returned to acting in 90210, the sequel TV series from 1990's Beverly Hills, 90210. In the series, Matt Lanter acts as Liam Court, one of the characters in a group of young people portrayed in the series.

The highlight of his voice acting career was when he participated in the animated film Star Wars: The Clone Wars, where he voiced the phenomenal character of Anakin Skywalker. Because of the iconic sound of Matt Lanter in this animated film, he got contracted to dub the video game franchise too.

For his personal life, in 2013 he married his girlfriend, Angela Stacy, and was blessed with a daughter named MacKenlee Faire Lanter. You can catch Matt Lanter on Instagram @mattlanter where he will be very happy to communicate with his fans.

That's a series of Matt Lanter biography and filmography. As a talented young actor, he managed to balance his performance in both full-body acting and voice acting, both of which won praise and became iconic at the same time. (gk)