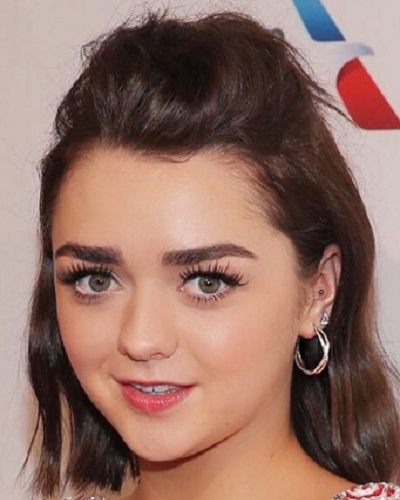 Maisie Williams Biography and Filmography, the Girls Behind Arya Stark

If you are a fan of series Game of Thrones, the chance is you are already aware of Maisie Williams biography and filmography. This young actress fills in as Arya Stark, which is a quite important character in the series’ development. You will often see her in the series’ major scenes.


Getting to Know Maisie Williams Biography and Movies

Maisie Williams was born as Margaret Constance Williams in Bristol on April 15, 1997. Her nickname is derived from one character of comic titled The Perishers. She is the youngest in her family, having two older brothers and one sister. Her mother worked in course administration office at a university. She spent her childhood in a small county named Clutton, located in Somerset. She attended her primary education there before attending the college of arts at the nearby county.

Williams’s role in Game of Thrones series is actually her first professional leap as an actress. She joined the casting process and was chosen among 300 girls who attempted for the role. This actress participated in that series since the first season aired in 2011. She was merely 14 years old back then. Williams’s appeared throughout seasons of the series. In July 2018, she bid goodbye to series that have given her fame.

Talking about Maisie Williams biography and filmography/movies will not be enough without discussing her numerous accolades. For her portrayal of Arya Stark, she gained nominations from Screen Actors Guild Award, Berlin International Film Festival, Saturn Award, and many more. She is known to be the youngest actress who won Portal Award for Best Supporting Actress in her 15. She had won some other awards for that role.

Since Games of Thrones, Williams gains various offerings. She acted in movies like The Book of Love in 2016 and Mary Shelley in 2017. She also offered to voice a character in an animated movie titled Early Man. In addition to big screen projects, she tackled TV series too. Williams portrayed the main character in Channel 4 thriller series, Cyberbully.

Acting is not Williams’s sole venture. She commenced a social media application, Daisie, with Dom Santry. This app has a special purpose. It helps to build a network for people who work in a creative industry like fashion, film, music, writing, etc. Daisie aims to support collaborative works among these talents. It also aids talented people who are less known to come forward and introduce their projects to the wider audience. It is developed to change the current creative industry.

Maisie Williams dated her schoolmate, Ollie Jackson. She often shared their pictures together on her official Instagram account. To get the latest news of Maisie Williams biography and filmography, you should be following her account at @maisie_williams. She is a famous figure there, seeing her number of followers has reached millions. (gk)