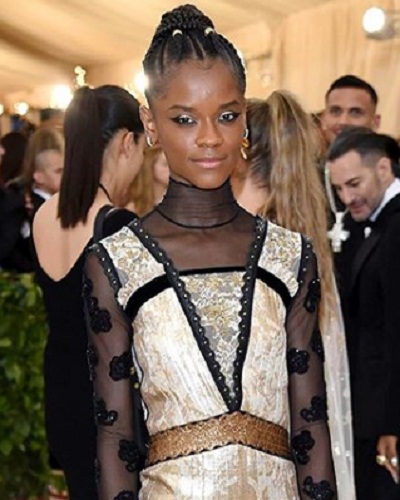 Aren’t you curious about Letitia Wright biography and filmography?

The young actress gained prominence by staring in a mega box office, Black Panther. She starred as a supporting character that attracts the audience, possibly almost at a similar level as the main character in the movie. Since then, her life had changed. She earns recognition for her acting talent and offers to begin pouring on her way. Let’s find out more about this talented young girl. In this article, we are going to discuss Letitia Wright’s biography, Letitia Wright’s date of birth, Letitia Wright’s Instagram account, and Letitia Wright’s partner.

Wright was born in Guyana’s capital, Georgetown, on 31 October 1993 as Letitia Michelle Wright. She lived in Guyana until she was seven years old before migrating to London, England with her mother. Since then, she and her family resided in Tottenham. She received education in England’s capital and identifies herself with the city.

She found interest in acting after watching an American movie titled Akeelah and the Bee. As a woman of color, she felt connected to the character that was played by Keke Palmer. She believed that the lead is a great role model for a young girl like her. She initiated contact with many agents, explaining her relatively narrow experience in acting. She started landing minor roles in movies and TV shows. Her debut was in TV series titled Holby City back in 2011.

In 2012, she gained recognition from Screen International for her role as Aisha in My Brother the Devil. She was stated as one of the future promising actors. However, when discussing Letitia Wright biography and movies, singling out her role as Shuri in Black Panther will be odd. This role was her major breakthrough in the movie industry.

Wright’s character in the movie was said to be one of the most influential female characters you can find on a big screen. Shuri defeated every negative stereotype about the girl. The character is a genius princess of Wakanda who is capable of designing technologically advanced machines. Shuri is considered to be a positive model for young girls, especially among people of color.

Wright’s depiction of the role gains her positive reviews from audience and critics. She was nominated for Saturn Award for category Best Performance by Younger Actor. She also received two nominations from MTV Movie and TV Award that year.

The actress’s acting career is not always smooth sailing. She has spoken on a couple of occasions about her anxiety disorder and depression. The condition was so severe that she took hiatus from acting in for two years since 2015. She found that her career took her to a monotonous cycle which cannot be broken. Luckily, her hiatus period allowed her to recover from that experience as she began involving herself in a religious community.

Wright is not as open to the public about her personal relationship so there is no known partner as of now. If you want the newest update of Letitia Wright biography and filmography, you can follow her official Instagram account at @letitiawright. (gk)