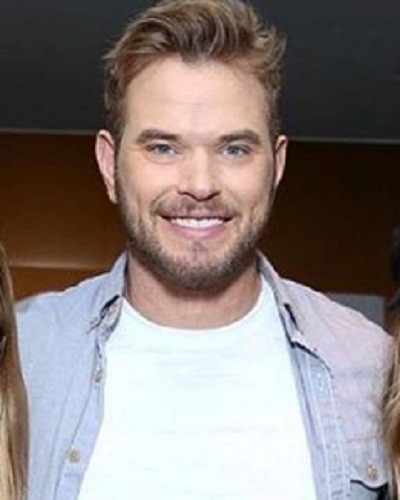 Kellan Lutz Biography and Filmography, Including His Personal Life

Kellan Lutz is a model and actor from the United States who first known as Emmett Cullen in Twilight series. He was born on March 15, 1985. He involved in some movies, such as Immortals, Twilight saga, Stick It, The Legend of Hercules, and Tarzan animated film. This article will explore Kellan Lutz biography and filmography including his birthdate, Instagram account, and spouse.

Well, he was born in Dickinson, North Dakota with parents Karla and Bradley Lutz. He has a big family with six brothers and one sister named Brittany. He enrolled Horizon High School in Arizona then entered chemical engineering in Chapman University.

At first, he only played in the small role for few movies and television series. He involved in The Comeback and Model Citizens in 2004 and 2005 respectively. After that, he participated in The Bold and The beautiful, CSI: Crime Scene Investigation, Six Feet Under, and Heroes. All of them gave him the only minor scene. Besides movies and TV series, he took part in Hilary Duff music video. He had seen in her single With Love and participated in Hinder's single Without You. Both were the part of his career in the music industry.

The most notable career in Kellan Lutz biography and filmography is his role in Twilight. The movie was released in 2008 and became a breakthrough career for Lutz. He reprised again his role in New Moon, Eclipse, Breaking Dawn part 1, and part 2. Moreover, he played George Evan in spinoff The CW called 90210. In 2011, he took the role as Poseidon in Greek myth movie called Immortals with Mickey Bourke. After that, they reunited again in Java Heat as Jake Travers.

Furthermore, he portrayed "Connor Sullivan" in A Warrior's heart and "Carlie" in Love, Wedding, Marriage. He acts as David Lord in a film called Arena. After Java Heat, he played Tarzan in animated film Tarzan then John Smiley in The Expendables 3. Other movies are Extraction, Money, and Guardians of The Tomb. He became guest host in Punk'd and involved in 30 Rock as himself.

Lutz has several awards from his role in Twilight series. He received Teen Choice awards and Young Hollywood Award. All of them is a solid proof for his acting capability, though not taken part in many blockbuster movies.

As it mentioned above, he also becomes a model for a few products. In daily life, he stated that his favorite activities are fitness and outdoor sport. He refuses to let stunts take his scene. That is why he always does his own stunt in few action movies. Besides horror films, he enjoys watching other movies genres, particularly action. He engaged in 2017 with Brittany Gonzales. She is a model and TV host. Both of them married on November 23, 2017.

Until now, Kellan Lutz still involves in some projects for new movies in the entertainment industry. If you want to know more about Kellan Lutz biography and filmography, check his Instagram and Twitter account @kellanlutz. He shares many things, such as his personal life, the current projects, and schedule. (gk)