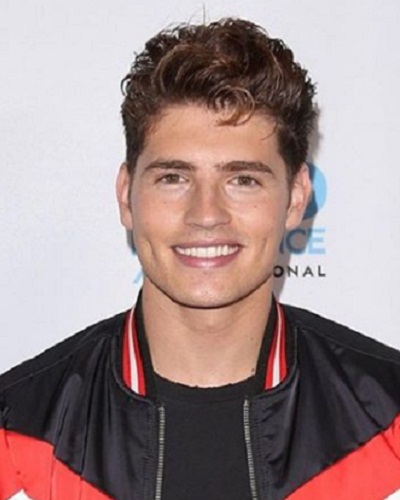 In Detail about Gregg Sulkin Biography and Filmography

Young, smart, and talented, are three words that describe Gregg Sulkin. He is a young English and American actor. As a result of his busy acting in various films and TV series, Gregg Sulkin biography and filmography is increasing every year. That then makes him a talented young actor who can be a role model.

As an icon, all the details of the person must be visible to many people, so they can be used as an example by them. That's why we will not only discuss Gregg Sulkin's filmography, but also his biography, including his date of birth, his personal Instagram account, and even his current partner.


Regarding Gregg Sulkin Biography and Filmography

The first thing to discuss Gregg Sulkin biography and filmography is his details. Gregg Sulkin is an English and American actor born on the 29th of May 1992 in England. Although still young, the soul of his acting has begun to be honed since childhood. He began to appear in the mini-series entitled Doctor Zhivago when he was only 10 years old. 4 years later, he appeared again in the British film titled Sixty Six.

After Sixty Six, he started acting in Disney Channel through comedy series. The first series was As the Bell Rings then 3 years later he returned to action in Wizards of Waverly Place. From the two Disney series, he finally got the opportunity to hone acting skills in Avalon High, which is still part of Disney Channel.

After growing up, he began to enter the young adolescent market by joining a television series titled Pretty Little Liars from 2012 to 2013, then proceeding to Faking It, a TV series from MTV that tells the story of teenage romance in general. The series was stopped in 2016.

When he was 24 years old, he began to dare to act on Do not Hang Up, a Horror/Thriller film as the main character named Sam Fuller who got terrible challenges from unknown people after doing a prank call in a drunken state. In the film by Damien Macé and Alexis Wajsbrot, Gregg Sulkin performed with Bella Dayne and Garret Clayton.

Appearing as the main character doesn’t necessarily make him forget about his identity. After starring in Do not Hang Up, Gregg returned to acting on a television series. However, he has gone a long way higher than before, where he now appears in Hulu Network's TV series titled Runaways. This TV series is part of the Marvel Cinematic Universe, where every detail is adapted from the comic of the same title.

Even though Gregg Sulkin biography and filmography is already bright enough, it doesn’t necessarily make his personal life disrupted. The proof is that in 2015 he dated Bella Thorne, although the relationship lasted only a year. After breaking up with her, Gregg was often seen together with Lexi Panterra, a singer, model, and actress. Gregg Sulkin is active on Instagram of @greggsulkin. There, you will find his daily documentation and many other fun things about him. (gk)