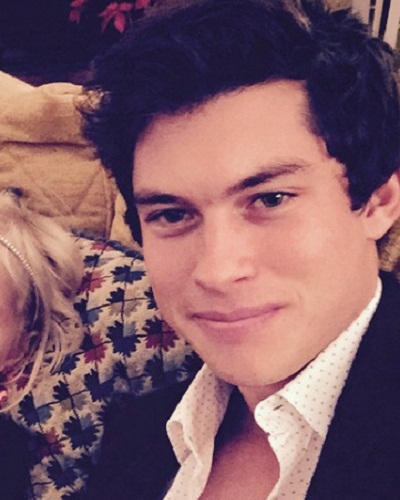 If you are enjoying a teenage drama called Riverdale, you might already know a bit about Graham Phillips biography and filmography. He acted as Nick St.Clair who was the main character’s former love interest. This young actor has the long list of accomplishments in the entertainment world, especially because he started his career way back in 2002.


The Interesting Things about Graham Phillips Biography and Filmography

The actor birth name is Graham David Phillips. He was born to Layn and Kathryn Phillips in Orange County, California on 14 April 1993. He spent his early life in the sunny state. His family has an impressive background that has nothing to do with acting. Both of his parents are attorneys. His father had even served as district court judge during Ronald Reagan’s presidency.

Despite having started his career since he was young, Phillips did not slack in terms of education. He went to a private K-12 school, St. Margaret Episcopal School, which is known to have a rigorous academic program. He then attended Princeton University in 2012. He chose to study history in the prestigious school. His former co-star, David Duchovny, helped writing a letter of recommendation for his application. He eventually graduated in 2017 with a bachelor degree. He cited that college experience improved his understanding and empathy toward other people.

His Broadway career is an important part in Graham Phillips biography and filmography. Prior to Broadway performances, he had performed with New York City Opera and Metropolitan Opera. Critics praised his performance highly. His most notable Broadway performance was in a musical comedy called 13 which run from October 2008 to January 2009. He also starred in a musical version of A Christmas Carol. At ten, he performed US National Anthem at a baseball game opening.

He debuted on big screen in a Christmas-themed movie called Noel. He also starred in Evan Almighty. His television series dated back since 2002. However, he is definitely known for playing in Riverdale. In addition to acting, Phillips also founded a not-for-profit theater company with his Princeton mate, Eamon Foley. The company aims to perform various forms of performance, from modern to classic.

Phillips dated Ariana Grande from 2008 to 2011. The two met at the musical set for 13. The couple split amicably and supports each other’s artistic ventures. He even attended Grande’s concerts. There are other public figures that had been rumored to have a relationship with him such as Haley Ramm. His current relationship status is unknown.

You can follow Phillips’s Instagram account to get to know this actor better. His Instagram handle is @grahamphillips. He regularly posts pictures related to his daily life. The posts range from pictures of his family members and sports activities. This Graham Phillips biography and filmography surely make you fall in love with this talented entertainer more. (gk)