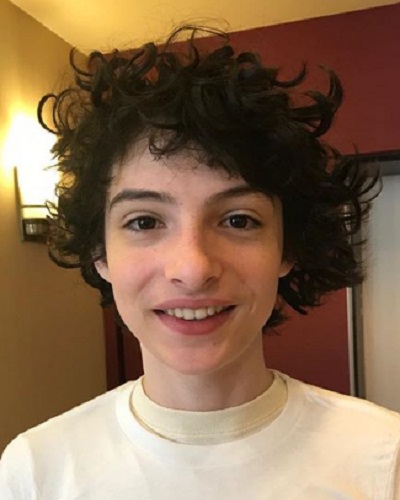 Finn Wolfhard is known as musician and actor. He has released several singles and album. Besides, people also recognize his acting career from television series Supernatural and Stranger Things. You will see more about Finn Wolfhard Biography and filmography at next section. In this article, you will know about Finn Wolf biography including Finn Wolfhard birth date and his social media accounts.

Before looking closely to his filmography, let explore his early life. He was born on 23 December 2001. He grew up in Vancouver, Canada, and his father is a researcher. Since acting in the film, he moved to the United States for completing the scene.

There is an interesting fact about him related to the way he got his first role. He took an acting job that's posted online from Craigslist. His debut was in The 100 as Zoran. He landed as Jordie Pinsky in popular television series Supernatural.

After Supernatural, the next role was Mike Wheeler in Stranger Things. Netflix produced this series and auditioned him using video. He participated in casting call and received good result to act in this series. The next project was a film adaption that became his first debut in this industry. The title comes from one of Stephen King's books. This film was in theatre in 2017. Another role is the voice actor in Carmen Sandiego series. He became Player as one of the characters for twenty episodes. For your information, Netflix produces this animated project and it will be released soon next year.

The first debut film gave him a credential to his next role. Finn will be a part of a film called Dog Days. His character is a delivery boy with a thoughtful and altruistic persona. This movie is still in production stage with Ken Marino as director. He took the cast to play in The Turning. This film project is an adaption from The Turn of the Screw. The cast has occurred in a haunted house from Amblin.

Still, in Finn Wolfhard Biography and movies, he also enters the music industry. He has a band called Calpurnia which is Vancouver rock band. His band signed to Transgressive Records and Royal Mountain Records. Both are for the United Kingdom, Europe, Canada, and United States areas. In his band, Finn is guitarist and a lead vocalist that become an important role. Calpurnia released extended play with the title Scout in June 2018.

As an actor, he received several nominations and won few of them from Stranger Things in 2017. He was nominated as Choice Breakout TV stars from Teen Choice Awards and Outstanding Performance from Screen Actors Guild Awards. For the next year, he is still in this nomination. Based on film It, he enters nomination from MTV Movies and TV Awards in Best On-Screen Team and Best Kisses category.

As similar to other fellow artists, he joined social media to share his activity and information. His twitter is @FinnSkata, while his Instagram is @fwolfhardupdate. From those accounts, he shows the personal photo and video, including his announcement, related to his career in music and film. Those are the additional information related to Finn Wolfhard Biography and filmography. (gk)