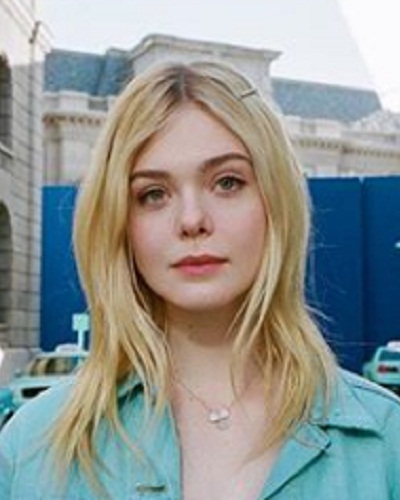 Get to Know Elle Fanning Biography and Filmography

Elle Fanning is a young, talented Hollywood actress who has been joining the entertainment field since very young. She is the younger sister of Dakota Fanning who already began her debut earlier. Elle Fanning made her debut in 2001 where she played a role as Dakota Fanning’s sister in a film I Am Sam. Based on Elle Fanning biography and filmography, you can find out how adorable this girl is.

Being a kid actress, she is one of the skillful young actresses which is proven by many film titles she already starred. Here, you are about to know the biography, birth date, Instagram account and love life of Elle Fanning.

The actress’s given name is Mary Elle Fanning. She was born on 9 April 1998 in Georgia, USA. She is a daughter to Steven J. Fanning and Heather Hoy. Her ancestors come from Germany, Ireland, British, and also French. Elle Fanning began her career in her very early life. It was noted that she played her first film in I Am Sam when she was only 3 years old. She then played another film in another film entitled Taken in 2002. However, her big movie started in 2003 when she played Jamie in Daddy Day Care.

Elle Fanning biography and movies note no less than forty films have been starred by this young actress. After starring some films in her early life, her name becomes more famous after she played a role in The Door in the Floor in 2004. Since then, her career improved time by time as she also starred in other movies in 2005, 2006 and other following years.

Back then in 2014, Elle Fanning’s name becomes more famous as she played a role as Aurora in Maleficent. This Disney movie succeeded throughout the world, making her acting skill is more recognized worldwide. People start to recognize her trademark that often plays thoughtful characters with emotional rage. She also frequently starred older characters in her age since she has tall stature.

Her popularity makes many people want to know about her personal life. Good news, Elle Fanning generously share her activities through her Instagram account @ellefanning. You can check out her activities and updates from her official account.

Being successful in her career does not make Elle Fanning forget about her love life. She has ever been spotted with a boyfriend several times. Public ever spotted Elle Fanning dated with Dylan Beck—they seemed to have great times together. Long before, to be exact when she was 19, she was snapped to be very happy while holding hands with her boyfriend, Jamie Strachan. Recently, this beautiful girl was spotted with Henry Frye, who has been known as her new boyfriend.

Apart from her love life, Elle Fanning is a beautiful, young and talented actress who already works hard to show her best performance for people throughout the world. Elle Fanning biography and filmography prove how she is a famous and fortunate Hollywood actress. (gk)