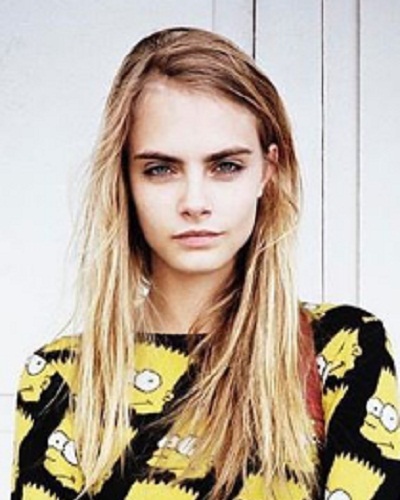 Cara Delevigne Biography and Filmography in Her Career

Cara Delevingne is a British model who gains a huge reputation in the fashion industry. Modeling is what she started to get recognition then expand it into an acting career. She involves in several movies, such as Suicide Squad and Paper Town. Besides, she also participates in a few projects related to the film. This article will tell about Cara Delevigne Biography and filmography to explore Cara Delevigne birth date, Cara Delevigne Instagram account, and her current partner.


Cara Delevigne Biography and Movies along with Her Modeling Career

She was born on 12 August 1992 in London. Her father is Charles Delevigne, a property developer, and her mother is Pandora Anne Delevigne. Belgravia London was the place where she grew up and it is included as one of the wealthiest areas. Besides herself, her elder sister, Cloe, and Poppy are also models. In fact, Cara entered model career to follow Poppy.

There is an interesting story about her ancestry. Living in the wealthiest area brought many opportunities to meet the popular and important people. She has a maternal grandfather as a publishing executive. His name is Sir Jocelyn Stevens. From him, Cara has lineage through the 1st Baronet. Moreover, another her great-grandfather was 1st Viscount Greenwood.

She enrolled Francis Holland School in London and moved to Bedalis School. During the school time, she had dyspraxia and found difficult to follow the school session. This condition made her depression that stated as self-hatred and painful feeling. After completing GSCE, she attended Bedalis to take music and drama. However, she dropped out one year later to enter modeling career.

Before exploring Cara Delevigne Biography and movies, you should know that she took a part in advertising project as campaign models for several brands. They were saint Lorent, Zara, Balmain, Tom Ford, Tag Heuer, and Topshop. The other names are Marc Jacobs, Fendi, Alexander Wang, and Daisy London. Moreover, she featured as the cover in many fashion magazines, especially Vogue UK.

She went to photo shoot session at ten and became a part of Storm Model Management. Her career started to fame after Burberry used her for their fashion website. After that, she took a job to be a part of luxury and prominent brand in the fashion industry, such as Chanel, Jason Wu, and Dolce & Gabbana. In addition, the other fashion houses used her for catwalk session, including Oscar de la Renta, Donna Karan, and Tory Burch.

Her first debut in the film industry was the role in Anna Karenina where she acts as Princess Sorokina. Then, she took the role in Playhouse Presents. Her next movie was The Face of an Angel that started to get a more critical appraisal of her performance.

She participated in film Paper Town that showed her ability in acting. Moreover, she landed a villain role in Suicide Squad. In this movie, she became Enchantress as the character with the magical skill to destroy the world. Her other films are Kids in Love, Valerian and the City of a Thousand Planets, Tulip Fever, and London Fields.

She also entered other media like music to become a model, designer, and book writer. Her partner was Annie Clark or known as St. Vincent from 2013 until 2016. As the top model, she influences many people in the world. To connect with her fans, she shares everything via her Instagram account at @caradelevigne. Well, those are the details related to Cara Delevigne Biography and filmography. (gk)