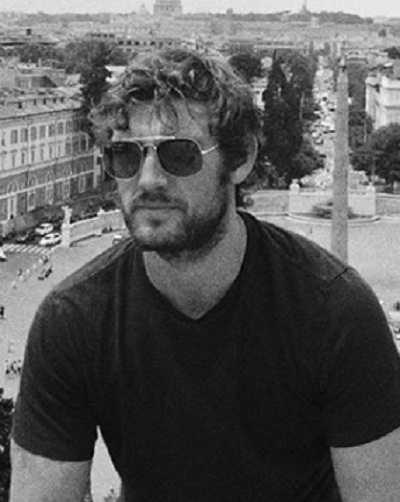 The Journey of Alex Pettyfer Biography and Filmography

Alex Pettyfer's name did sound strange to the ear of movie-goers, but if the movie titles he starred about, like Magic Mike, I Am Number Four, and Alex Rider: Operation Stormbreaker, many people would recognize him. No wonder Alex Pettyfer biography and filmography contains many things that can’t be underestimated.

This young film star has a myriad of interesting achievements and journey to tell in this article. Let’s explain about the complete biography of Alex Pettyfer, including the date of birth, the Instagram account, and the current partner.

On April 10, 1990, in Hertfordshire, England, a married couple named Richard Pettyfer and Lee Robinson were blessed with a son named Alexander Richard Pettyfer. Alex has a half-brother named James Ireland. Alex's talent began to appear when he tried to become a child's fashion model from Gap at the age of 7 years.

Alex Pettyfer always likes acting. While at school, he appeared in various drama plays such as Jack and the Beanstalk, Robin Hood, and Charlie and the Chocolate Factory. After graduating, he tried his luck in acting by auditioning for Tom Brown's Schooldays TV series, as the main character, Tom Brown. He then returned to act in the film Alex Rider: Operation Stormbreaker. It was the film that finally brightens Alex Pettyfer biography and filmography.

Alex Pettyfer then got a lot of offers in various famous films. The first was at Wild Child, where he performed with Emma Roberts. Then in 2009, he starred in Beastly, where Alex performed with Vanessa Hudgens.

In 2011, he finally starred in I Am Number Four. In this Science-Fiction genre, he acts as the main character, John, helping his guard eradicate the alien invasion on the earth. The film finally helped Alex win the Teen Choice Awards for the Breakout Male category.

Because of the many offers submitted to Alex Pettyfer, there were some that he didn’t accept, such as the City of Bones, The Paperboy, and also The Wardstone Chronicles. As time went on, he also became more mature in choosing the role he played. Until then he surprised the entertainment world by appearing in one of the phenomenal films entitled Magic Mike in 2012, along with Channing Tatum.

The real life of Alex Pettyfer is almost as pleasing as the roles he has played. He decided to separate the real world from the role he played thanks to suggestions from his co-star in Stormbreaker, Ewan McGregor. For his love story, Alex was engaged to the grandson of Elvis Presley, Riley Keough, but unfortunately, their engagement ran aground in the middle of the road. In addition, he also had a relationship with Dianna Agron, but apparently, the relationship also did not last long.

That is a brief summary of Alex Pettyfer biography and filmography. At a very young age, Alex Pettyfer keeps a lot of potential for future roles. He now spends his time enjoying the life he lives with his fiancée, a model named Marloes Horst. You can catch him on his Instagram account @alexpettyfer. (gk)