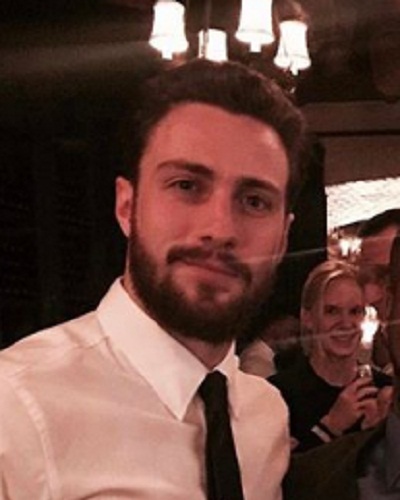 Aaron Taylor-Johnson Biography and Filmography with His Personal Life

Aaron Taylor-Johnson is an actor from England known as Quicksilver in superhero movie Avenger: Age of Ultron. Besides, he played in Angus, Thongs and Perfect Snogging as Robbie. He was involved in several movies and TV series since his early age. In this article, you will know more about Aaron Taylor-Johnson biography and filmography including his biography, birthdate, Instagram, and his spouse.

He was born and lived in High Wycombe, Buckinghamshire. His parents are Robert and Sarah Johnson, a civil engineer and housewife mother. His sister, Gemma, had a small role in Tom & Thomas. He went to Jackie Palmer Stage School to study tap, jazz, drama, singing, and acrobatics. From this school, Johnson polished his skill to become actor and screenwriter.

His first action was on the stage performance for Macbeth play in London. He acted as a son of Macduff with fellow actor, Rufus Sewell in 1999. He appeared in Feather boy, Talk to Me serial, Nearly Famous, and All My Sons. The next action was in Shanghai Knights as young Charlie Chaplin. After that, he took part in The Illusionist alongside Edward Norton as the flashback main character during teenager. From this movie, he learned many tricks such as balancing an egg.

Moreover, he took parts in other prominent movies, such as Nowhere Boy and Kick-Ass. In Nowhere Boy, he acted as young John Lennon and his performance received a nomination for Young British Performer of the Year. In addition, he played David Lizewski as the main character in Kick-Ass movie.

Well, the next movies on Aaron Taylor-Johnson biography and filmography are Anna Karenina and Savages. In novel adaption movie, he played Count Vronsky as a lover of the main character played by Keira Knightley. He became ben in Savages where gained positive review from film critics. In 2014, he took part on Godzilla, which is a reboot movie. He appeared as Quicksilver in Avenger sequel, Avenger: Age of Ultron and the post-credit scene in Captain America: The Winter Soldier. He starred alongside Elizabeth Olsen in Avenger and Godzilla. Furthermore, he appeared in several television series like The Bill, I Shouldn't be Alive, Casualty, Coming Up, and Family Guy.

His next project was Nocturnal Animals as Ray. For his acting, he received an award from Golden Globe Award for the Best Supporting Actor. He also got BAFTA Award for Best Actor in a Supporting Role. He involved in The Wall as American Soldier and will be in Outlaw King, historical action drama, in 2018.

He had a relationship with Sam Taylor-Wood during filming Nowhere Boy. He married in 2012 after his official engagement in 2009. After that, both change their surname to Taylor-Johnson professionally. He has two daughters, Wylda Rae and Rommy Hero, born in 2010 and 2012. He becomes stepfather for Sam's daughter from her previous marriage.

You can know about up to date information related to Aaron Taylor-Johnson biography and filmography. He shares his life, career, project, and activity on the Instagram account. Just follow @aarontaylorjohnson for further information about him. (gk)